After the events of the first book, I like how GRRM played with my expectations by shocking me when characters DIDN’T die. I was full of righteous fury when I heard about some deaths, and then to find out that events hadn’t gone the way everyone thought, I felt a great sense of relief.

And that’s how this book goes. There are so many battles, with the seven kingdoms being torn apart from within, and there are hints of serious outside threats coming along in the near future, too.

I think my only complaint (and the reason for 0.5 stars being knocked off) is that a lot of the battles, and even some that are vital to the story, are merely alluded to. We hear about them after the fact, as characters recount what happened, but I really wanted the chance to see what happened first hand. Sure, the book is already huge, and I can’t think of anything that could have been cut, but seeing the battle at the river beyond Tyrion’s PoV would have been great.

That said, I’m excited to see what happens next! 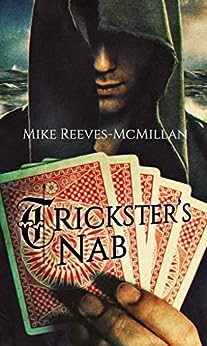 Down one member from the previous caper, Now You Don’t is back to cause mischief of all sorts. Taking a break from the capital, they’re out in a smaller port town when they discover a devilish plot: street people and sailors are going missing, only to turn up without their memories. What follows is an adventure full of stealth, cunning, and of course a few big brawls … because when you have an invincible barbarian on your side, you’ve got to use him!

But as much as I love Now You Don’t, the single-power characters are threatening to get stale. When there’s trouble, NYD will conjure the solution, Teller will transform everyone, or Scorp will beat people. That’s just what they do. It was refreshing when Teller’s go-to move failed once in the story. I desperately want Scorp’s invulnerability to fail, too. Mind you, he might die if he goes against overwhelming odds, as usual, and his invulnerability doesn’t work… but as fun as it is watching him single-handedly bust through dozens of adversaries, I feel like any challenges he does face are inconsequential.

Don’t get me wrong, I’ll read whatever comes next. The world is interesting and vivid, the characters are fun and funny, and I want to see what happens next.